gibor chayil! [a tribute to a man of valor]

perhaps you're familiar with the increasingly popular phrase "eshet chayil" which is hebrew for "woman of valor." it is a more accurate translation of the words used to describe the heroine of the poem found in proverbs 31. it's an epithet rachel held evans discovered & embraced during the research for her book "a year of biblical womanhood."

but the title of this post is gibor chayil... in all the precious shout-outs to women of valor via social media, sarah bessey asked what was the hebrew phrase for men of valor because there are men of valor in our lives, too, & they just as surely need this outpour of affirmation & encouragement. so gibor chayil was learned & shared & bestowed.

today, in honor of his day of birth, i would like to bestow this title to a most worthy gibor chayil.

anyone who knows my husband, shaun, likes him. even people who have openly hated &/or distrusted me still like, trust, & respect shaun. he's so friendly & kind, people can't help themselves! even more astonishingly, in the more than ten years that i've known him, i've only known him to dislike two people! [and he still treats them kindly so they would never know.] he is an extroverted introvert, which means he is outgoing & loves talking to people, but at heart, he's quiet & more of a listener. his unaffected & selfless manner is magnetic. he is as genuine as they come. children flock to him, & like Jesus, he relishes it. [he has more girlfriends under the age of 10...] he is gibor chayil because he cares about everyone he meets & actively demonstrates that care to them.

anyone who knows my husband, shaun, can tell you i married up. first of all, his family descended from pirates, so there you go. so cool. also, he's more than a foot taller than me. my family was glad i brought some height into our below six foot clan. but i also landed the sweetest fella. he takes such care of me & puts up with so much. don't shake your head in disagreement because it is painfully true! just last night i was bantering on facebook & twitter with friends about their definition of "doing laundry." shaun disagrees with me that it just means getting clothes into the washing machine & maaaaaybe the dryer. poor boy! a housewife, he did not marry. i "do the laundry" but rarely fold it & please don't make me laugh about putting it away. he does all the dishes in our casa because i won't. [in all fairness, i do cook & i'm pretty good at it.] he keeps gas in my car because i hate pumping my own. he regularly gives me backrubs & footrubs without asking for their return. he carries my pillows up to bed every night just because. and if that weren't enough to convince you that "bless his heart" never applied to any man more than shaun -- he puts up with my extreme moodiness & my temper & my venting about the latest thing that raised my passion [or ire]. he works hard in his work field to provide for me so that i can pursue my vocation that rarely gets paid. he supports me in all my latest schemes & wildest dreams & never tells me it can't be done. he tells me i'm beautiful when i'm a wreck. he takes incredible over-the-top care of me when i'm sick or hurting. he indulges my whims & cravings. he loves me fiercely in his own quiet way, so much so that he willingly speaks out on my behalf in situations his personality would rather avoid. i'm convinced God will take him home first of the two of us, just to give the poor boy much-deserved rest! if that's not gibor chayil, i don't know what is.

but there's more. anyone who knows my husband, shaun, knows he is a man of God. and is there any higher honor that can be spoken? he loves God & loves His written word. shaun's not much for reading, & he has to do so much of it in his work, but he'll read his bible daily anyways. he is always up for that. he loves the church. he is the very definition [other than Jesus] of servant leadership. he's comfortable up front, saying a prayer, teaching & preaching, organizing a group or event. but you'll more likely find him in the back greeting people, or washing dishes, putting away tables, & fixing a broken pew. he's not threatened by my gifts & enjoys complementing them [in the true spirit of complemtarianism!] with his own. he likes to let me take the lead in planning or teaching, offering his ideas & assistance. he also isn't afraid to take the lead so i can have a break! he is confident in who God has made him to be & confident in God to use him accordingly. it is the most attractive quality he has. [& if i may say so, that is saying something!] he is gibor chayil because he pursues Christ with his life & spurs along the rest of us to come follow, too.

so happy birthday to my gibor chayil, shaun nathan casteel! may God bless us with many more years together so i may grow as eshet chayil as you grow as gibor chayil. may we grow in God together. 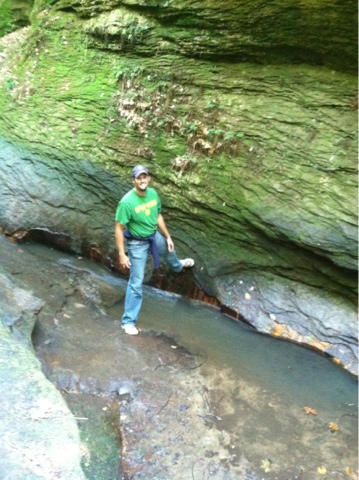 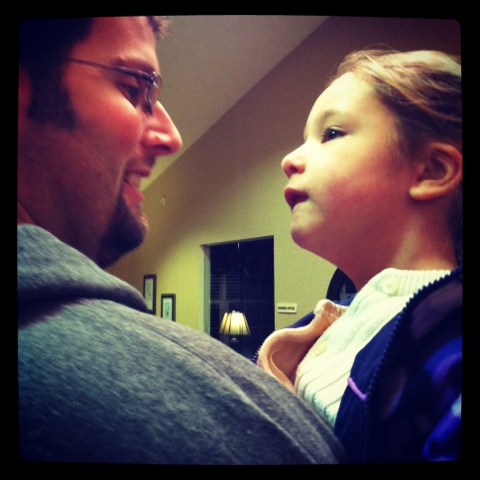 Email ThisBlogThis!Share to TwitterShare to FacebookShare to Pinterest
subjects: men of valor

WHAT DOES IT MEAN TO BE A STUDENT OF LIFE?

i am a student of Life. in the words of henry david thoreau, "i want to live deliberately. i want to live deep and suck out all the marrow of life." i believe Jesus is the Way, the Truth, & the Life. i believe His Way is the way to live life to the fullest. and that is what i want.